Seafield Estate (present) For over a century, the nursery was used to raise Scots Pine (Pinus sylvestris) seedlings for the Seafield Estate and for sale.

1894 – Visit by members of the Scottish Royal Arboricultural Society When members of the Scottish Royal Arboricultural Society visited they entered through a ‘handsome arch, from which flags were flying in honour of the occassion’. This arch was erected by the then Head Forester, Mr. Stephen and the visitors described the Nursery as containing – ‘a well arranged and comprehensive stock of vigorous plants, for the growth of which the soil and situation seem to be remarkably well adapted.’

Existing nursery buildings. Beech hedges (Fagus sylvatica) protected seedlings from wind and the 19th Century ornamental species Wellingtonia (Sequoiadendron giganteum) can also be seen. These trees, two of which guard the main entrance, are the Giant Sequoias native to North America . This species is one of the biggest trees in the world (80+m tall x 20+m circumference, compared to 30m x 5m for Scots Pine) and were introduced to Britain in 1853 (Mitchell).

World War II The Italian POWs had a song which they made up in English presumably for the benefit of their captors : ‘Rainy, rainy very good. Work for prisoner no damn good !’

This small brick building housed braziers with various trays suspended above them. Pine cones were placed in the uppermost trays and, as they opened in the heat, they released their seeds, which then fell through into the lower containers. The seeds were then removed for planting. One of the foresters remembers the kiln as being a welcome warm retreat on a cold winters day, full of the sound of cones cracking as they opened in the heat.

1993 – following closure of the nursery and in collaboration with Seafield Estate, the original cone kiln was moved brick by brick to the Landmark Centre (Carr-Bridge) for preservation. It remains as one of the oldest surviving cone kilns in Britain (Press and Journal ).

Built 1881 by Mr. George Stephen (Head Forester). All the 110 varieties of wood then grown on the Seafield Estates were used in the original construction (Templeton 2002). It is eight – sided, about 3 metres in diameter and is tall enough to stand up in.

Members of the Scottish Royal Arboricultural Society described the summerhouse as ‘neatly designed’. It includes benches and a table inlaid with the various types of wood.

1990s – Following closure of the Nursery the original Summerhouse was relocated to the local residence of a member of the Seafield family. Existing cobble floor of the summerhouse Wood inlay table inside Summerhouse A replica was built, which now stands in the Old Kirk graveyard, next to Castle Roy, Nethy Bridge (grid ref NJ 006 218)

Grant, Elspeth (1994) ‘Abernethy Forest – Its People and Its past’ (Arkleton Trust )

Dell Tree Nursery located on the First Ordnance Survey map of Abernethy 1867-71. Surveyed by Captains Wilson and Codington. (Note the River Nethy and sawmill and limekiln positioned to the north). Map copy supplied by J.Caird

One of several comparatively young Wellingtonia trees at the Dell tree nursery. It is interesting to note that these trees were likely growing at the time of the Arboricultural Society’s visit and would have been much smaller than today.

Perhaps because of our relatively damp, cold climate and their relatively young age they have not grown to the same size as those in America (they grow up to 3000 years old, compared to ‘only’ 2 – 300 years old for a few remaining Abernethy Scots Pines).

Being very strong, durable trees, they were named in Britain after the Duke of Wellington for his strong, steadfast character. During World War Two a few Italian POWs worked at the nursery. Apparently  they had a reputation for being troublesome and poor workers.

1950s and 60s Noted as a period of very high demand for pine trees, mainly to cope with the postwar rebuilding work. The nursery raised more than 1.5 million pine seedlings in one year. Head Forester was William Marshall – a wellknown local naturalist. The forestry squad numbered approximately 14 and was the largest year round employer in the village.

Some of the trees today show ‘split leaders’ (pictured). This growth pattern resulted when the growing shoots at the tip of the local Pine trees were removed and grafted onto small pine seedlings, often sourced from elsewhere in Scotland (these tips were, incidentally, removed with the use of a shotgun !). As these grafted seedlings grew, they would adopt the genetic makeup of the local trees (which were from ancient stock) and so provide desirable ‘Abernethy Pine’ timber. (McLeod 2005).

Forest fire would have been a big risk to the woods and the nursery.

Mid 20th century Owing to changes in forestry practice, faster growing non native species such as Norway Spruce (Picea abies) and Douglas Fir (Pseudotsuga menziesii) started to be raised and can still be seen in the Nursery.

Late 20th century Forestry practice again changed – this time in favour of natural regeneration as the favoured means of propagating pine woods. With this more natural method, certain ‘granny pines’ were left standing after a harvest, so that their seeds would produce new trees. This made artificial propagation in the Nursery unnecessary.

1984 – The Nursery closed after several years decline in use.  Now, only a few timber, corrugated iron and brick buildings remain, together with abandoned machinery. Autumn 2005 The nursery buildings were examined as a possible site to store the local auxiliary fire brigade equipment. 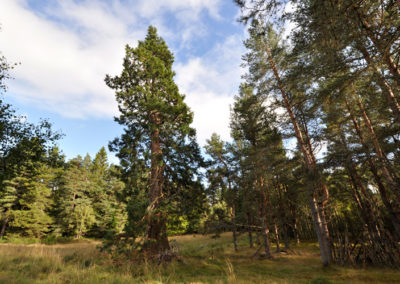 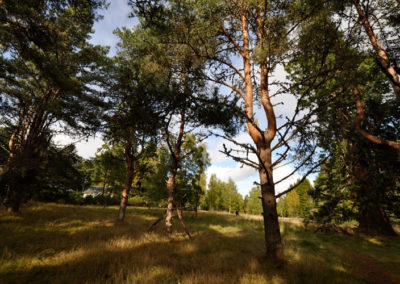 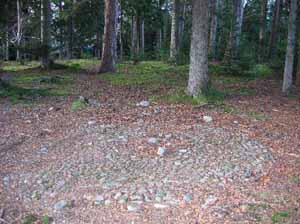 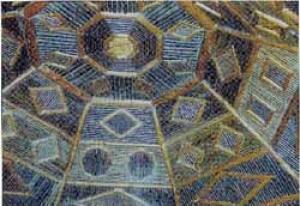 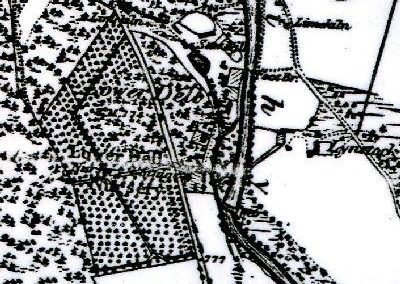 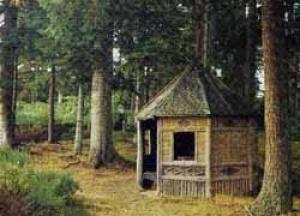 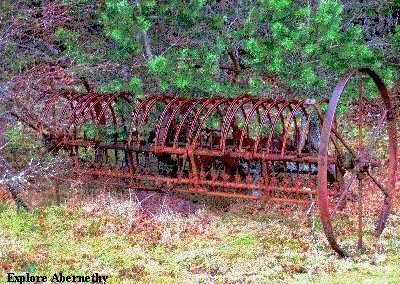 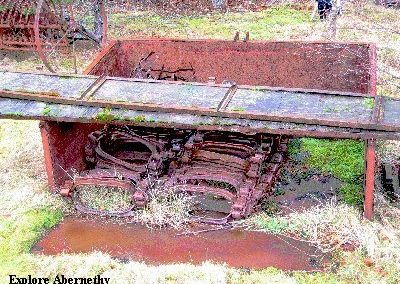 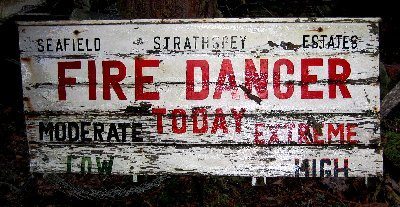 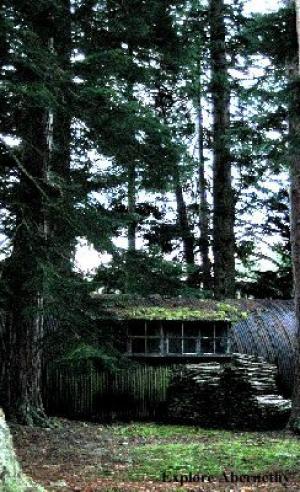