Meeting hall for Army personnel during World War One and Two. Village concerts and dances. Demolished after WW2

Next to the current Nethy bridge.

The Drill Hall was demolished after WW2 and replaced by the ‘Institute’ (now Nethy Bridge Village Hall).

The entrance step was recovered from Tulloch during the 1990s and became part of a commemorative seat, sited at the location of the Drill Hall.

The seat now bears plaques with the following inscriptions –

‘This seat of which the large stone was the doorstep of the Drill Hall which stood on this site, was a gift to the people of Nethy Bridge from Badenoch and Strathspey District Council on its demise in April 1996.’ 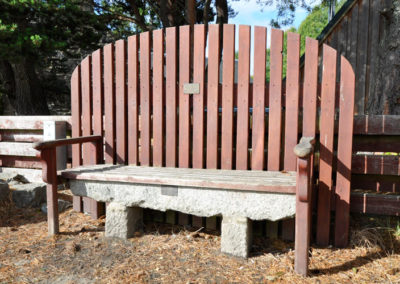 Seat near bus shelter with stone underneath